“Watch and Shoot” - Why militaries use VBS in their virtual shooting

“I remember it well, so allow me to set the scene for you. It’s 5 a.m. on a grey and drizzly morning. We’re standing outside the Company armoury to collect our personal weapons, for what will be an awfully long day on the Ranges. It is that time of the year again: The Annual Personal Weapons Test (APWT). As always in the UK when heading out to the ranges, it is miserable weather and will be a long day of sitting around waiting for the numerous shooting details to go through.

With very little time on live ranges, I know a large chunk of this time will be spent practicing marksmanship principles to get everyone ‘up to speed’ and ready to take their APWT.

We spend the first hour ‘ammo bashing’ and offloading hundreds of NATO standard 5.56mm boxes from the ammo truck, followed by the next hour filling up magazines ready to be used ‘down range’. This is followed by watching the Small Arms instructors coaching the guys that need refresher training on their marksmanship principles while eating a lunch of what they like to call ‘Range Stew’. Watching the amount of live ammunition and seeing the trace going down range is astonishing, as we sit and wait in the British rain. I am sure many serving and former soldiers have a similar story."

It is clear that being a good shooter takes training and practice, practice, practice, the foundation of this being the basic marksmanship principles. These are things that could and can be practiced a long time before a trainee even gets onto a live range using a shooting simulator.

Shooting Simulators, developing marksmanship and beyond

Shooting Simulators have been around for many years in various guises for training soldiers, law enforcement and even in the entertainment industry (the ever-present hunting or clay Pigeon simulator at local country fairs). However, with recent advances in technology they have become much more than just a basic shooting simulator and are fast becoming a highly enhanced and realistic training tool. 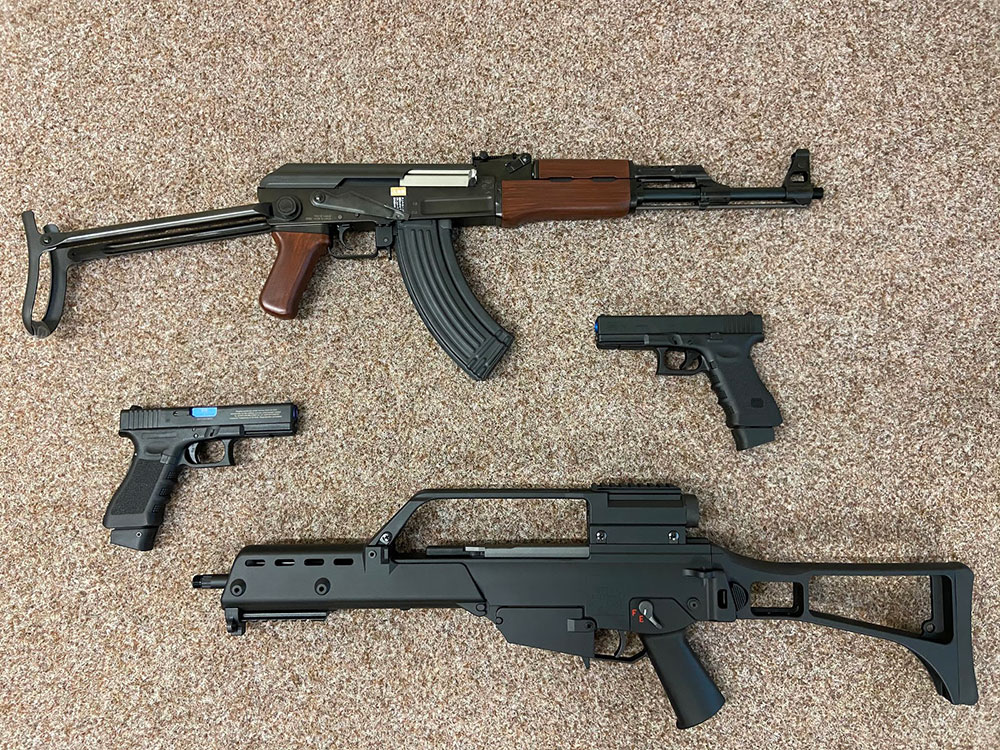 So, what makes a Shooting Simulator?

Most shooting simulators use three basic components: weapon with laser, hardware and software.

Lasers are key to any shooting simulator as the laser pulse acts as the ‘simulated bullet’, you pull the trigger and the laser fires. These lasers can be mounted on a variety of weapons, be it live weapons or some form of replica weapons that are almost identical in look, weight and feel to the live weapon. Both types of weapon can also be fitted with a simulated (gas or electric) recoil device to simulate realistic operation of the weapon.

All shooting simulators require hardware components including PCs, a projector and a ‘hit-detection’ camera. A hit-detection camera, in short, is an invisible mesh projected onto the screen that calculates the impact point of each laser-fired round and returns the relevant coordinates to the software. 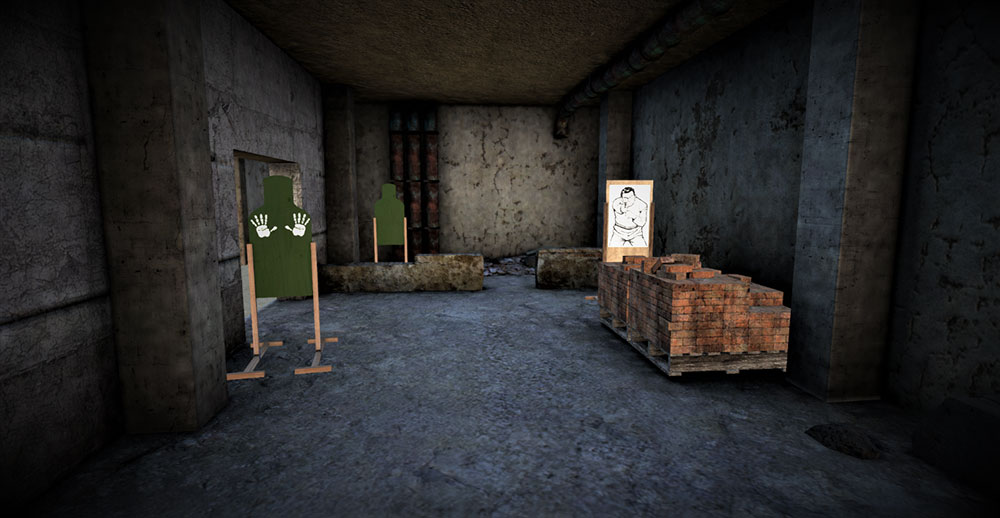 The term software can be broken down into two areas: firstly, the hit detection software that takes the laser coordinates from the hit-detection camera and sends it to the ‘scenario’ software, (recording all the virtual ammunition fired for review purposes); secondly, the scenario software which provides a visual representation of the ‘world’ you will be training in.

Bohemia Interactive Simulations’ (BISim’s) VBS3 and VBS4 are premier examples of scenario software, used around the world by the leading suppliers in the field. VBS3 and VBS4 offer a massive range of scenarios representing virtual paper targets, virtual firing ranges, or unlimited, detailed and complex scenarios for judgemental training or close-quarters battle training.

VBS is a tactical simulation and virtual environment and, once integrated into the hit-detection software, it opens up a whole new world of uses for trainees such as 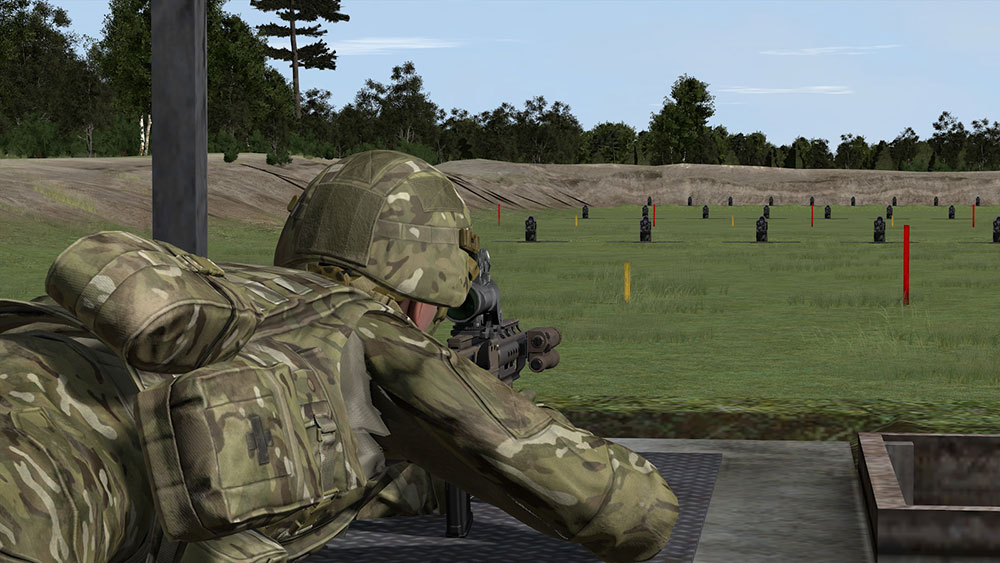 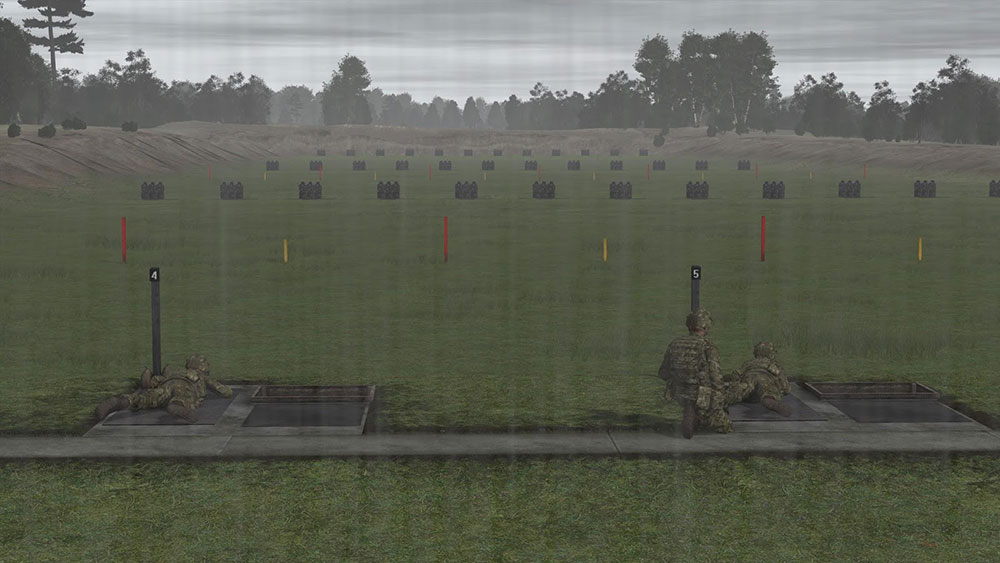 Yes, in VBS you can even simulate that ‘typical miserable weather’ mentioned earlier!

Why shooting simulators are so popular with militaries and law enforcement

A shooting simulator is a very safe way to train shooters of all skill levels, in any situation required. A good quality system provides users with a safe environment and the ability to repeat the training as often as required. It’s a low-cost solution for saving on live ammo and travel when combined with live fire training.

“Like any other Shooting tactic or techniques, it’s about building a skillset and continuing to advance that skillset with continuous training, turning it into a habit.”

Simulators also reduce the need for such prolonged periods of time spent on live ranges. Less time is also needed for coaching shooters, booking ranges, travel, and preparation time by Range Safety Officers for the complex risk assessments for safety of the live range.

Incorporating a shooting simulator into pre-existing courses and coaching is a highly effective way of enhancing the trainees’ skillsets. Shooting simulators do not and never will replace live range days. (Those miserable weather days and eating Range Stew will always remain, I’m afraid.) But they do certainly aid in overall marksmanship training, making the time that is available for live firing much more effective.

All that is why they are deemed so important by militaries and law enforcement. 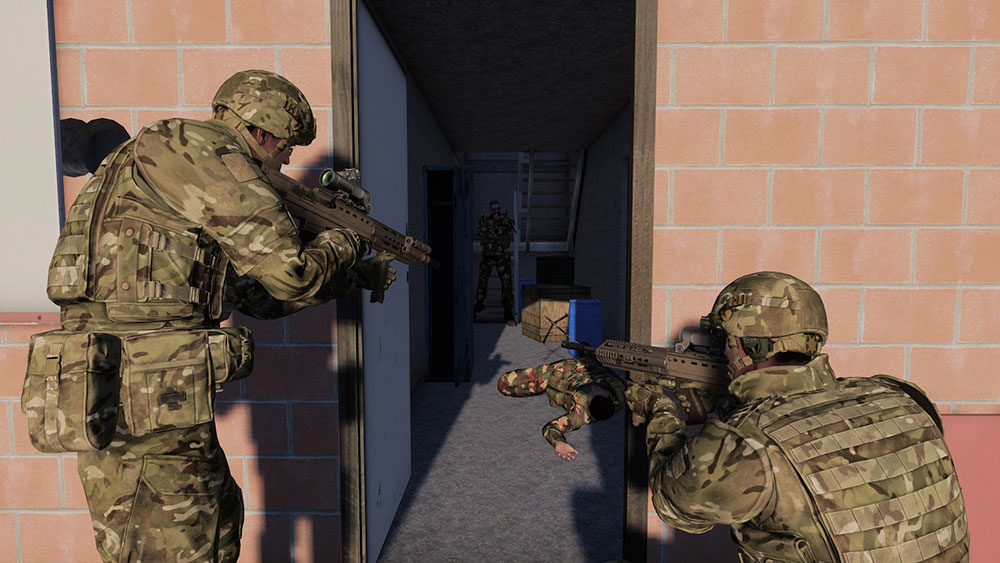 For many years, BISim’s VBS has been used globally by many major defence companies as their scenario software of choice. That’s for a good number of reasons including VBS’ extremely rich tactical environment, the great ease of use, the continuous support and development, and the powerful development and integration tools that save systems integrators many man-years of work.

Savronik is one such company that leverages VBS for its product ShooterSim. “Savronik has many custom devices on our simulation platform like scopes, laser units for weapons, vehicle and helicopter platforms and turrets to integrate VBS3,” notes Savronik Project Manager Hikmet Safi. “With the tremendous support of BISim and the API they offer to us, it was a very smooth process to integrate all of these devices with our custom plugins thanks to VBS3’s modular and streamlined workflow.”

BISim’s VBS is used for training by many hundreds of thousands of soldiers, sailors, airmen and marines around the world each year. VBS4, our flagship product, is designed to make training easier, faster and global. (You can now train as though you are anywhere in the world, basically within seconds.) VBS4 supports a massive range of military use cases, and it’s a very powerful tool for shooting simulation.

At BISim, we would be more than happy to talk to you about your potential weapons training needs and discuss how best we can aid in your training delivery. Please ping us an email at sales@bisimulations.com to find out more.